A story of a friend..by a friend 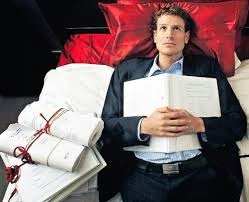 Tossing on the bed continued till the early hours of morning. The ceiling had become the most familiar thing for Mridul. Sun was yet to leave its heavenly abode. A few cars can be heard in the distance as the early risers were on their way to offices.

The sleep deprived eyes, by the time alarm clock buzzed, had already learnt the constituents of the ceiling. He himself didn’t know since when he was watching the ceiling…may be the whole night!

Multiple questions were hitting his mind, who was constantly jumping in its shell. What would his parents think? Will they accept this? Was that decision correct?

It was not the first time he had been awake, it was almost a month since he had been playing hide and seek with a good night sleep. The alarm clock showed 6a.m.  Mridul stood up went to bathroom to get freshen up. The hot water bath was not enough to relax his tensed state of mind and sleep deprived eyes.

“I am leaving mom” his mother was on holiday that day.

“Beta! Take your lunch its ready…have cooked your favorite pasta” she was trying to do everything to get back her once lively son.

“I will have something there only…have to go to meet some sponsors for our fest” he lied; there was neither any fest nor any sponsors at that point of year.