The girl with the blonde hair 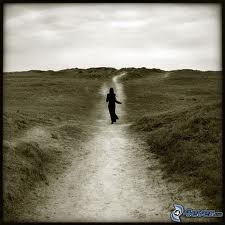 ‘I have seen that girl somewhere…but where?’ The thought crossed my mind at the middle of the road that joined Chawri Bazaar with Nayi Sadak; the “Biggest book fair of Delhi” (sic).
I was already distracted by that girl in white. I felt something pulling me towards that girl. I placed my books in my bag and marched towards her.

Me: Hi! I have seen you somewhere but where I don’t remember.
Girl: Hey Mrigank! You haven’t change since school time.
Me: Ya perhaps but you have changed a lot. That much that I couldn’t recall your name…sorry
Girl: It’s me Amrita duffo.
Me: ‘Why do girls use such words for men’ I thought…OH! Hi Amrita (I had a deep crush on her in school time and the pink cheeks were glorifying the same) what have you done with your hair?
Amrita: Just a small experiment.
The conversation continued for half an hour before she felt thirsty. God knows what happened to me, I quickly took out the water bottle I was carrying. ‘Shit Mrigank, Not again’ my mind was truly disgusted by my action. 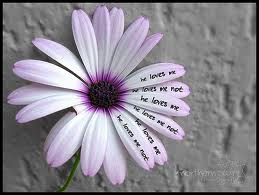 We walked towards the metro station, both quite till she shattered the silence.
Amrita: Mrigank…can I ask you something?
Me: ‘The oldest way in the universe’s history to kill a man with anxiety and lust’ I thought. Ya off course you can.
Amrita: Ok leave it…nothing.
Me: ‘Still older trait than former one’ my heart was up for grab this time. Oh c'mon Amrita! Spit it out now.
Amrita: OK OK! You had a crush on me na?
Me: ‘What the f**k man’ my heart had skipped some heart beats. ‘Crush? God damn I loved you once idiot’ wanted to say this but decided against it. OK. Now, I have to leave, have some work at college.
Though the question was still unanswered but my over strained voice said it all.
The numbers were exchanged and promises were made to catch up again. On that day I realized one thing “Whatever happens don’t meet even the ghost of “Girlfriend’s” past”. I surrendered my whole day thinking about the time I spent with her although knowing we will never meet in future. The time once gone will never come back and the love once lost can never be traced back.
That little instance ignited the lost lust and “crush” for her. I remember a quote of my own “It’s better to be sure than running for cure”…