A Story of a Friend..by a Friend 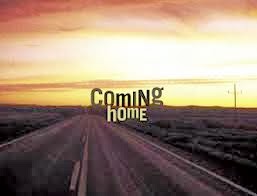 “Mamma I am home, really tired…taking a short nap” said Mridul and went straight to his bedroom.

“Beta! Khaana tyaar hai…have it na” yelled his mother from kitchen, telling Mridul that food was ready. Mridul was already inside his room.

Hours passed and he didn’t come out of his room.

“I don’t know why he is behaving like this, he is spoiling home’s atmosphere” said his mother with lots of concern and anger at same time.

“Why are you complaining this to me, how would I know what has happened to him? He never shares anything with me.” argued his father, while changing the channel of television.

“It’s of no use to talk to you and him, you both are screwing up my life” asserted his mother and went to fetch a glass of water for Mr. Gupta.


Mridul was listening to the conversation of his parents, when suddenly his mobile phone rang...