November 20, 2011
With my last experience I understood one thing very clearly:..
"Success doesn't mean the absence of failures; it means the attainment of ultimate objectives. It means winning the war, not every battle."
Courtesy Edwin C.Bliss

The success which I cited as the fusion of hard work, opportunity and luck, but on later research I discovered it also depends upon the attitude you carry towards your goal.
I remember a story which I first engulfed when I was in 7th grade. It is the story we all know, the story of David and Goliath.. 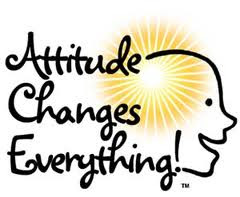 There was a giant who was bullying and harassing the children in the village. One day, a 17-year-old shepherd boy came to visit his brothers and asked, "Why don't you stand up and fight the giant?" The brothers were terrified and they replied, "Don't you see he is too big to hit?" But David said, "No, he is not too big to hit, he is too big to miss." The rest is history. We all know what happened. David killed the giant with a sling. Same giant, different perception.

At that time it was one of the many short stories I read just for the sake of entertainment, but never understood the hidden connotation. But after the recent incident, my mind was quick to co-relate the story and my traumatic condition, and was soon out with the moral of the story :
Our attitude determines how we look at a setback. To a positive thinker, it can be a stepping stone to success. To a negative thinker, it can be a stumbling block.
That is quite true, it is same as the saying-
"Heaven lies in the eyes of viewer."
It's the attitude which defines the path to glory or to devastation.
I won't say that attitude is everything, but it all burns down in this crucible, we call ATTITUDE.
Have you wondered from where does this attitude come from...
Are we born with the attitude or we develop them as we grow up and face different prospective of life?
Will discover this next time..till then the debate is on...