A sting of corrupt mentality

December 06, 2011
Going through the phase of my practical exams, I soon realized that what we see with our naked eyes is not always true. There is a curtain of anxiety weighed down by the nervous energy and the longing to procure our goals which make us go blind.

The malpractices going in few colleges make me allergic to the movement so called “India Against Corruption” or for some busy bees who like to use the acronym IAC.
If the government doesn’t want to witness a change in the sub-continent, at least it can try to bring down the corruption of mind-set of the mentors of educational institutions which hold the responsibility for shaping the future of the students.
The country which enjoyed its independence in 1947 and then became Republic of India in 1950, still fights with chauvinism and with the 28 states. Though the country suffers from various set backs and torture of our politicians, people are still happy to read the following:


WE, THE PEOPLE OF INDIA, having solemnly resolved to constitute India into a


SOVEREIGN SOCIALIST SECULAR DEMOCRATIC REPUBLIC and to secure to all its citizens:


JUSTICE, social, economic and political
LIBERTY of thought, expression, belief, faith and worship
EQUALITY of status and of opportunity;
and to promote among them all
FRATERNITY assuring the dignity of the individual and the unity and integrity of the nation;
IN OUR CONSTITUENT ASSEMBLY this twenty-sixth day of November, 1949, do
HEREBY ADOPT, ENACT AND GIVE TO OURSELVES THIS CONSTITUTION…

And then a bible of India- “CONSTITUTION” follows…


But neither we can see equality nor fraternity in our society or even in our educational institutions.

The “REGIONALISM” can be easily seen in the laboratories of some of the institutes, the place where students invent things; “they” invent “GROUPISM”.
I also witnessed the same when my friend requested me to visit his college, like an obedient child I took a bus and reached his college, but since the practical exam was going on; No one came with a garland or two to welcome me.
Disappointed by this cold welcome, I entered the college premises. After an hour of boredom and flattening my hip girdle by sitting at a corner bench of a lobby; I saw my friend rushing towards me and yelling in bliss- “Dude! I rocked the practical exam and the invigilator was quite impressed!” 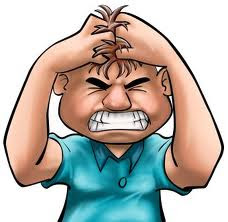 And after few seconds I saw his friend rushing towards him, loaded with tears of despair-”Man! He didn't even ask a single question!”

But I was knowing that at the time of result the table of emotions will turn 180 degrees.
You will ask why?
This snippet will clear your doubt-


Invigilator- So where you from, Delhi or outside it?
Student- Sir I live here in PG, though I come from X village Y district of Z state.
Invigilator- Oh wow! So you are from my cousin’s village that’s impressive (As if he is here for his daughter’s marriage proposal)…hmmm (scribbling something on sheet of paper)…You can go now (with a cunning smile).
Student- But sir, my viva! ...you haven’t asked anything!!
Invigilator-Oh! No need son you have already been marked (again the sly smile greasing his lips).


I know you all are bright enough to comprehend what happened inside the four walls of that laboratory.

This is corruption of mind-set.