July 17, 2012
The industry training had left not a single gram of salt in my body. I was itching to get into the metro so that I could take refuge from the sun’s appalling heat. Metro came on time but was loaded with people as if it wasn’t a metro but DTC bus of Delhi. I pushed a few and few pushed themselves back seeing my condition and my physique, which comprised of a round belly and a grim looking face. 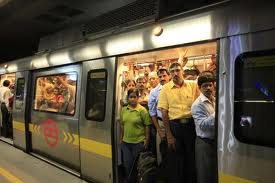 Although my face was sticking to the glass door of metro, the touch of AC’s cool air on my left ear felt like a virtuoso is playing a soothing tune near it. I relaxed myself within few minutes but the crowd’s buzzing was irritating me a lot. I decided to step back a little and move towards the last compartment where the population seemed to be under control.
“Sorry! My bad.” I said on colliding with a girl standing on the connector of two compartments.
“It’s Okay, not your fault.” and tears start trickling from her eyes.
“Hey! I said I am sorry. I didn’t hit you that hard I guess!” feeling guilty about my oversized body.
“No no its not you. It’s fine you can carry on” She said while wiping her tears from her rosy cheeks, which was ruined by the Maybelline colossal of her eyes. 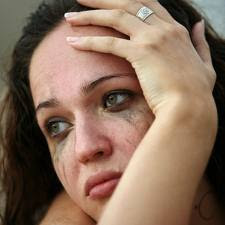 I stood next to her as I was feeling guilty about it; although she said it wasn’t my fault. Her Gucci Envy fragrance was soaked in by the metro and her golden polka dot crisp black dress matched perfectly with her extra shiny black locks. Her pink lips supported her nose while sobbing and her green eyes were spurting millions of expressions per second. The sweat beads on her neck were making her look more sensuous. She was a beauty in divine, only soothing factor in that crunchy metro. I couldn’t help but see her, ya off course not from that angle. That sobbing voice and wet eyes had caught my attention and something invisible was pulling me to help her.
I soon forgot about that incident and her and started humming with Mohit Chauhan-“O naadaan parinde ghar aaja...” when her phone rang. She took out her mobile from the outer pocket of her velvet violet bag she was carrying in her right hand.
‘Man she looks rich, trendy makeup, D&G bag and iphone 4S but that is the only glitch in her dressing sense; violet doesn’t go with black’ thought my mind till she was able to correctly swap the answer strip to answer the call, which read ‘BABU <3’.
“Hello...ya speak up” she said while sobbing....
change chick crowd DnG encounter erotic feminist girlfriend Gucci Envy iphone lost Love metro mrigank sex virginity