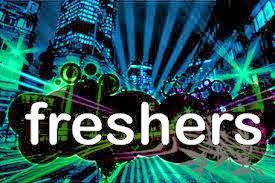 Dear students,
You will be glad to know that we are throwing a fresher’s party, those who are interested can deposit Rs.250 to your CR. The party will be held in auditorium on 16th October, till any further changes.

“Ya Parth you are correct, let’s talk to Mridul about this, he is our CR, and he will definitely do something” Malvika said with a serious tone.

Malvika and Parth had come closer to each other in recent past, due to a rift between Prateek and her.

The news was still away from Mridul as he was busy in some other prior work.

“Yipeeee…a fresher’s part…I will become rich this month” said Mridul in a jest after getting the news from Prateek.

“Shut up Mridul, don’t you feel that 250 rupees is too much for a party at college audi…everybody is complaining about that to other CRs” Kanishka said pointing towards the crowd hurdling around Ronit and Mukund; the other two CRs of class.

“Ok, will talk to the OC” he understood what she wanted to say.

After a long conversation with OC, Mridul came disheartened. This was the first time he had to listen no after long hour of persuasion. He was more disheartened because he failed to fulfill Kanishka’s demand.

“They haven't reduce even a single penny” announced Mukund.

So the deal was locked and money was collected from the interested students.

Prateek was going out of town, so he didn’t pay. Parth had some personal reasons and was not coming on 16th, so he also didn’t pay. Mridul had a chance to get flirty with Kanishka as two of his pals were not coming, but Parth was dearer to him and hence he decided to skip the party.

“We gonna miss you all” said Kanishka staring at Mridul.

“Ya we too” Mridul said in the same fashion.

Was Kanishka falling for Mridul or it was just an infatuation, nobody could tell, but there was something.