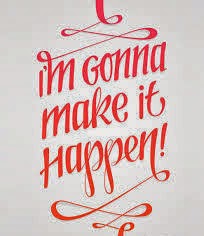 “I, baby number 22/39 of St. Stephen Hospital’s ward number 49 have taken birth to do something big in my life” I could have thought while lying in the cradle, waiting for the nurse to “deliver” me to my mom.

Everyone in his or her life believes in the fact that that person is on the earth to make it large and to be better than the best, I was no exception. The one who does not believe in oneself can’t achieve anything in life. There lies a motive behind every move you make, every option you think about and every product you can extract out from that very move of yours.

After spending 14 years in school, taking non medical in 11th and then getting into a good engineering college, what is that one thing which is I have done differently. The answer is nothing except accepting this very own fact.

Is acceptance of anything makes a difference?

Answer is Yes, at least we are now knowing that where we are and how much ground we have to cover to achieve something big. Life is full of mediocre attempts to fulfil our present need and suffice our appetite for happiness. But, mediocrity can be lethal for your performance, your life style and the people surrounding you, the one who expect greater good from you.

What stops us from doing something big?

Is there someone who is holding you back? 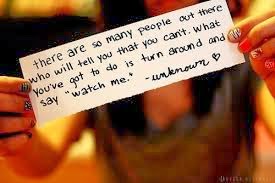 I fear from every above question and hence I think, I failed to do something differently. But, have you achieved everything you ever desired?

The girl you wanted to date, the villa you always aspired to own, the Rolls Royce which stood parallel to your car on a red light, The support you always thought you will get from your partner, the love from the people you love, the cabin and the position you always wanted to get, the business idea for which you needed an investment for, the goodwill for the people in need, the social work, the world tour, desire to act in a movie, getting six pack abs, completing every degree you thought about, playing for men in blue, forming your own band and many more. 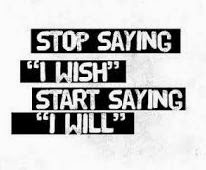 But you can be first YOU, for yourself at least. Think about it...