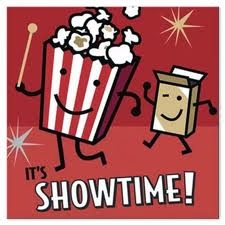 The first minors were waiting at the corner,so for sometime friendship was put into the attic safely.
“Yaar, Meri toh lag gayi” Prateek was in deep remorse after the first minors.

“I am gonna fail in this exam”…’was he trying to gain sympathy?’ Mridul thought.

“Arre, don’t worry everybody will clear the exams so just chill” Parth joined in.

“Let’s go out for a movie today” Malvika suggested while entering the canteen, “It will be a great fun! It’s been a time that we have gone out.“ She continued.

“Yipeeee, we are going to watch movie…movie...movie…but which one?” Kanishka was already excited about the plan and was banging 'the' canteen’s table.

“Aiyee…don’t bang the table” Ramesh Uncle said while pouring some tea for a professor.

No one can argue girls; same was the scenario in their gang. After a long discussion about which movie and who will pay for what, it was time to hit the road to reach the multiplex.

They got 4+1 tickets for the movie as the hall was completely filled. It was the first time Mridul felt alienated as he was given the separate seat. ‘Something is up between the four’ suspected Mridul, but didn’t complain and enjoyed the movie. After all he was waiting for something big...