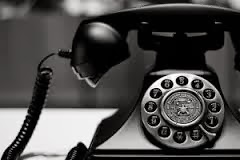 The unknown number pulled every single nerve out of Mridul’s body or was he just just over reacting at that point of time, no one could have told.

‘Who can it be at this point of time?’ thought Mridul before picking up the phone.

“Hello! May I know who is there on the line” he asked.

“Hey! It’s me Malvika” a known voice came from the other side.

“Oh hi! Malvika, I am honored on hearing your voice” the tone was sarcastic and he was more interested in his parents conversation.

“Why are you so rude? Anyway give me Parth’s mobile number” the vexation could be noticed in her voice.
Without any salutation Mridul cut the phone and sent her Parth’s number.

‘Why the heck she needs his number now, when everything is over’ he thought, though his eyes were fixed to his parents conversation and he was watching it from the edge of the semi closed room's door.

He felt helpless and decided to go back to his study, though it was impossible to concentrate on his lecture notes when so much was going on his life.

Suddenly his phone beeped, it was Parth’s text message:

Yaar, why the hell you gave Malvika my number…I am bloody sick of her. She called me up, though I didn’t attend the phone.  : P
Did she tell you anything why she needed my number?

‘If didn't pick up the call, how he knows who's call was it, given he had deleted that number in front of me? And how he knows that I have given the number? What's going own?' questions cropped up in his already aching mind.
He didn't investigate the issue further and pinged parth after few minutes.

I also paid no heed to her need, just gave her your number. Sorry for this L
I am tired hence going to sleep J
Good night buddy